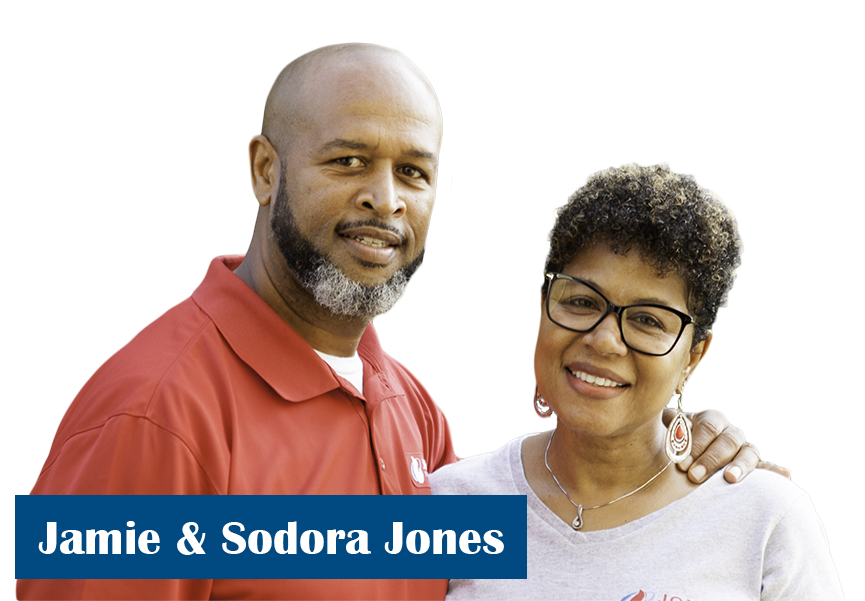 Jones Heating & Air was established in 2004 by Mr. Jamie Jones, who is passionate about building a reputation of great workmanship in repairs, maintenance and installation of HVAC equipment. Most importantly is the trustworthiness, affordable, and quality service provided to our customers. We have consistently grown over the years and proudly employs well-trained, qualified Service Technicians and Installers.
Jones Heating & Air is family owned and operated, based in the heart of Charlottesville and servicing the surrounding counties. Our goal is to obtain customers that we can build lifelong business relationships with. We take great pride in our work and strive to repair and maintain your system first, before replacement. We want our customers to know we care about their well-being and comfort. We give them confidence in knowing their diagnosis is correct and the repair cost is fair.

The irony of Jamie Jones’ HVAC business amuses him. “I never fixed a thing before in my life,” he chuckles, recalling his young self before he saw a life-changing ad in the newspaper in the mid-1990s. He had been stocking produce in a local market at night when he saw the ad: Monticello Area Community Action Agency (MACAA) was offering funding for the first year of a four-year job training program to those who qualified, and they would help him find a job once the program was completed. Jamie was accepted and plunged into the training program that changed his life. He acquired the technical skills and after graduation learned more about managing both projects and people when he went to work for an area HVAC.
By 2004, he was moonlighting as relatives and friends sought his expertise. By 2007, there was enough demand for them to go out on their own. Jamie said, “I could do the ‘work,’ but it’s more than just the ‘work’ when you own a business.” Ever supportive, his wife Sodora handled his bookkeeping and paperwork in the evenings after her own full-time job. In June, 2009, she joined her husband to work full time managing their growing business. Sodora worried that she didn’t know enough about bookkeeping. After researching options for advisors, she reached out to the Central Virginia SBDC for counsel. “Nora reviewed everything and then reassured me that I really was not far off, so I developed the confidence I needed to go forward,” she recalls. 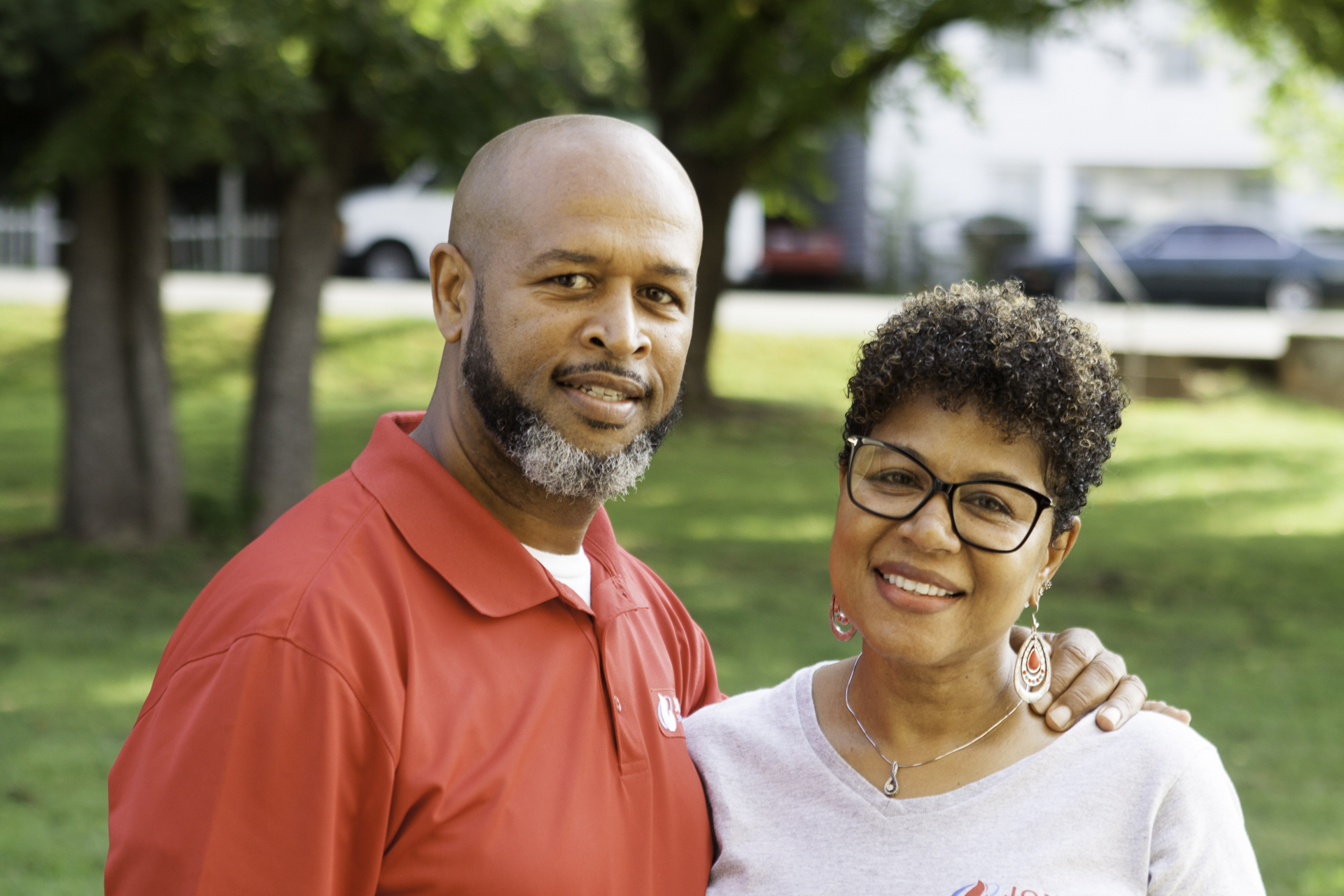 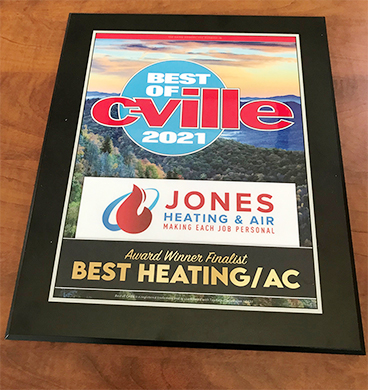 On Nora Gillespie’s advice, they also hired an accountant. As the business grew, Sodora turned again to the SBDC to request help with QuickBooks. She was able to work one-on-one with an expert who came to her office and helped her straighten out some issues that had developed.
Today, Jones Heating & Air employs about ten people.After securing a business loan with consulting help from the SBDC, they bought their own building. They officially moved in in early 2014 once renovations were complete. Sodora said they were very excited about their new building and that, even during an economic downturn of the 2010s, they business continued to grow. “And it’s good to know we have an ongoing resource we can turn to whenever we have a need.”
Jamie agrees and is happy to summarize his three-part advice for other small business owners: (1) “Hire a good accountant you can really talk to.” (2) “Have a sense of how a business is run – we’re still learning, but we’ve come a long way.” (3) “Have people, resources, you can turn to for advice who are reliable and responsive.” They recommend the SBDC. 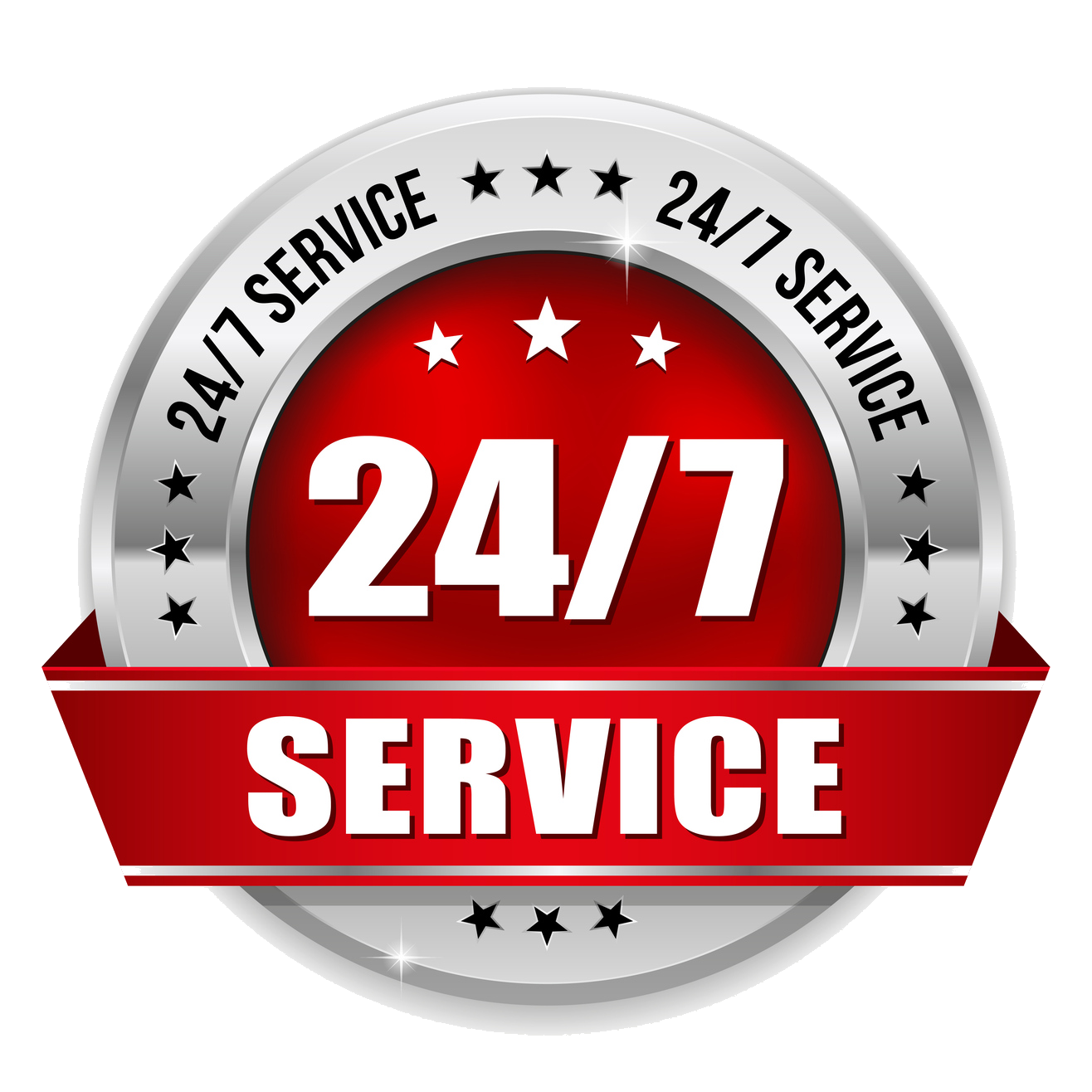 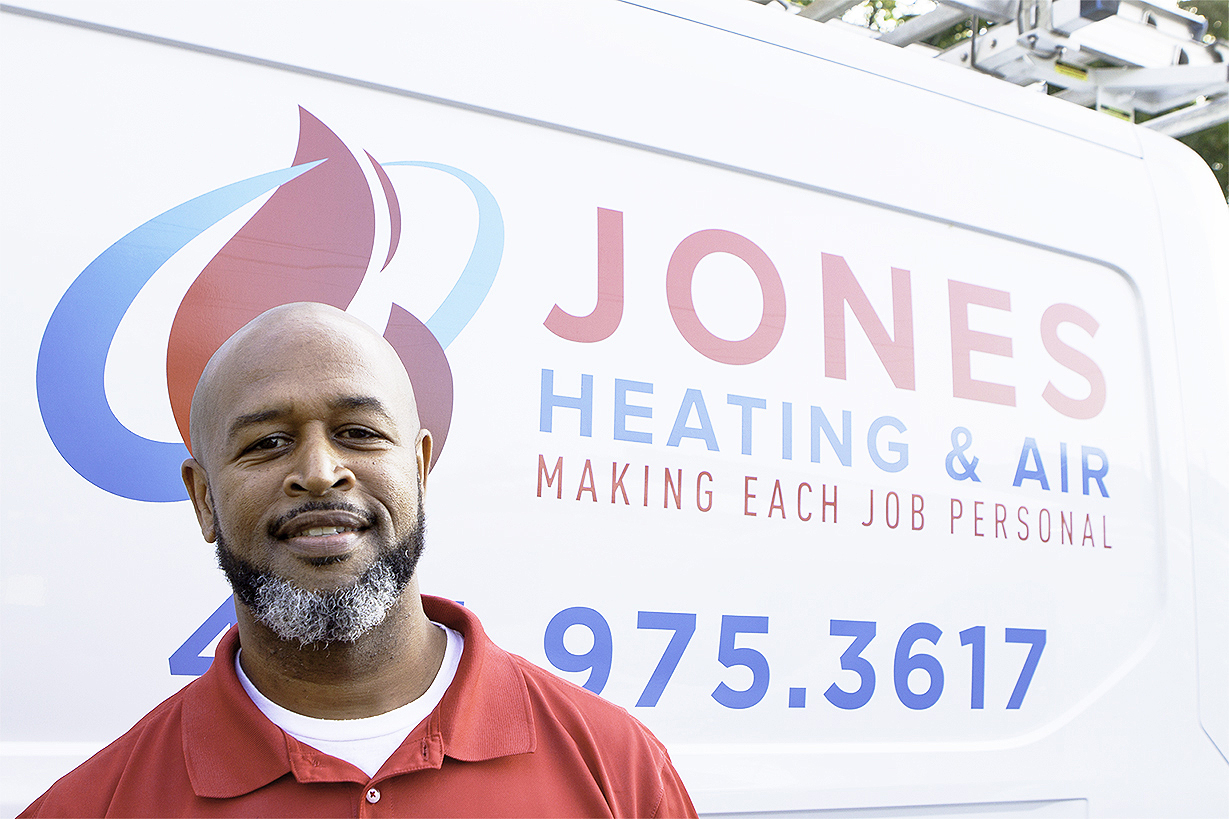 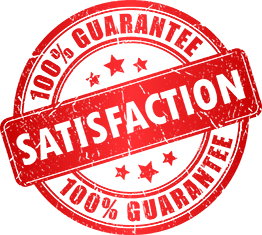 Mission
Jones Heating & Air’s mission is to “Make Each Job Personal”. We bring this slogan to life by exemplifying:
Honesty, Integrity, Trustworthiness, and Reliability
Valuing every customer and vowing to treat them fairly
Taking Pride in Our Work
Havinjg a Strong Work Ethic
Being a good role model to the community in which we live and operate
Satisfied Customer 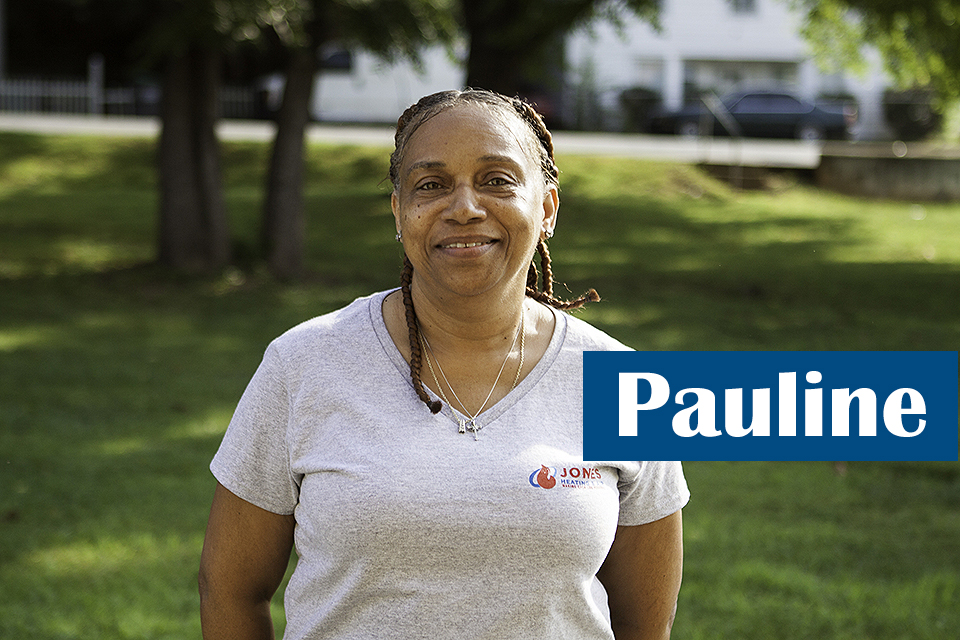 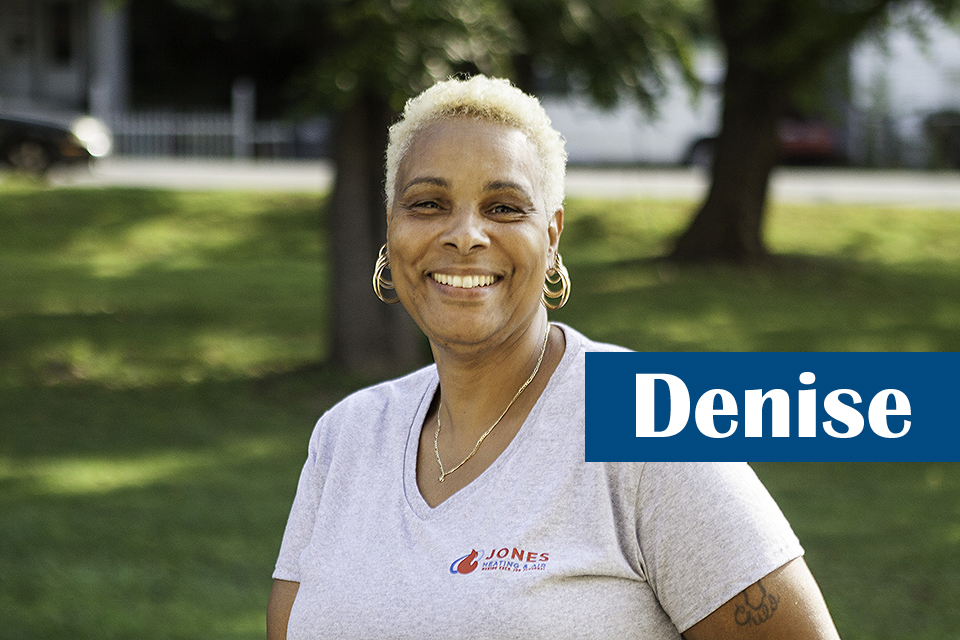 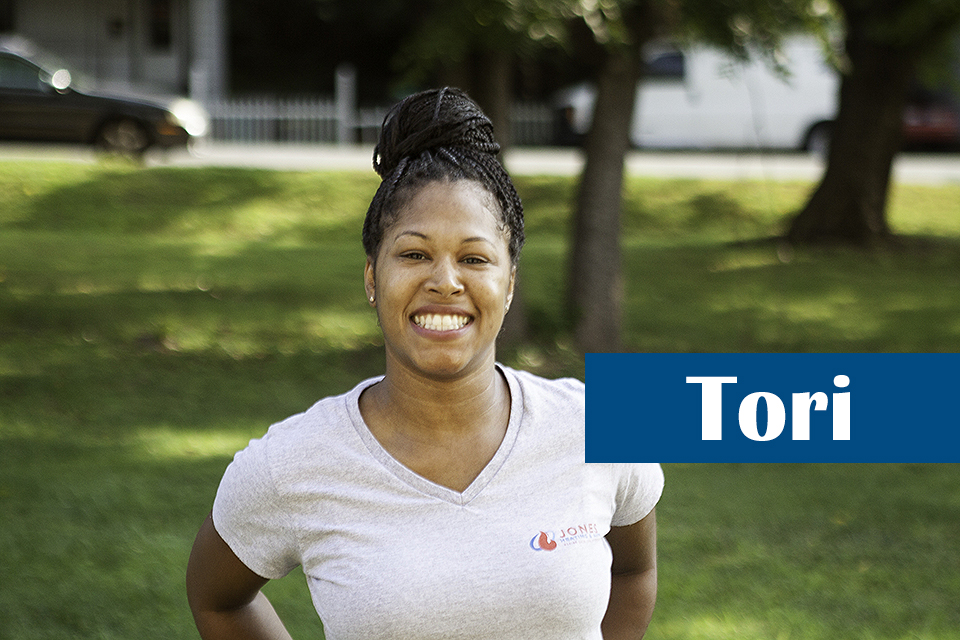 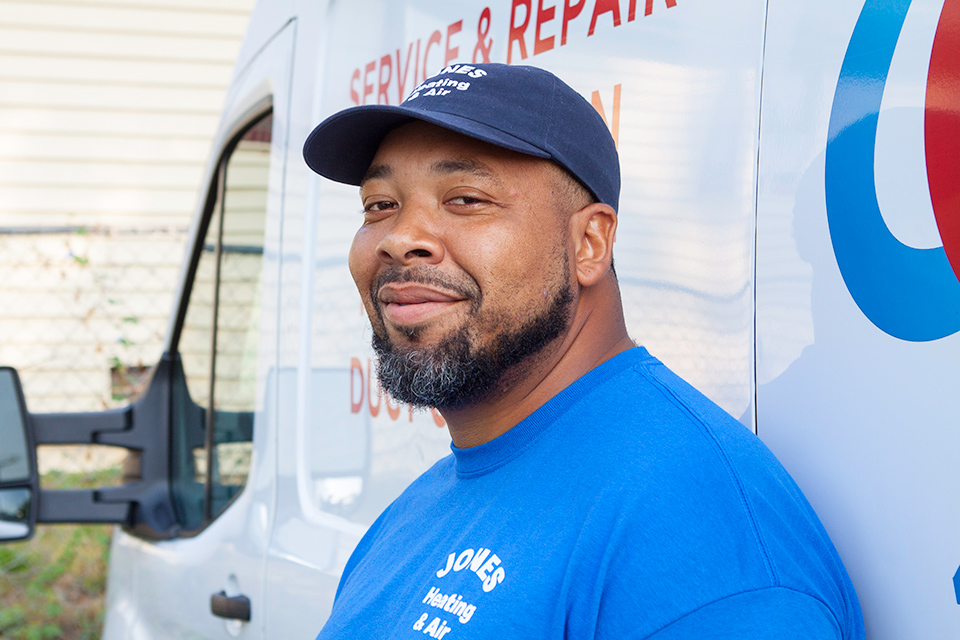 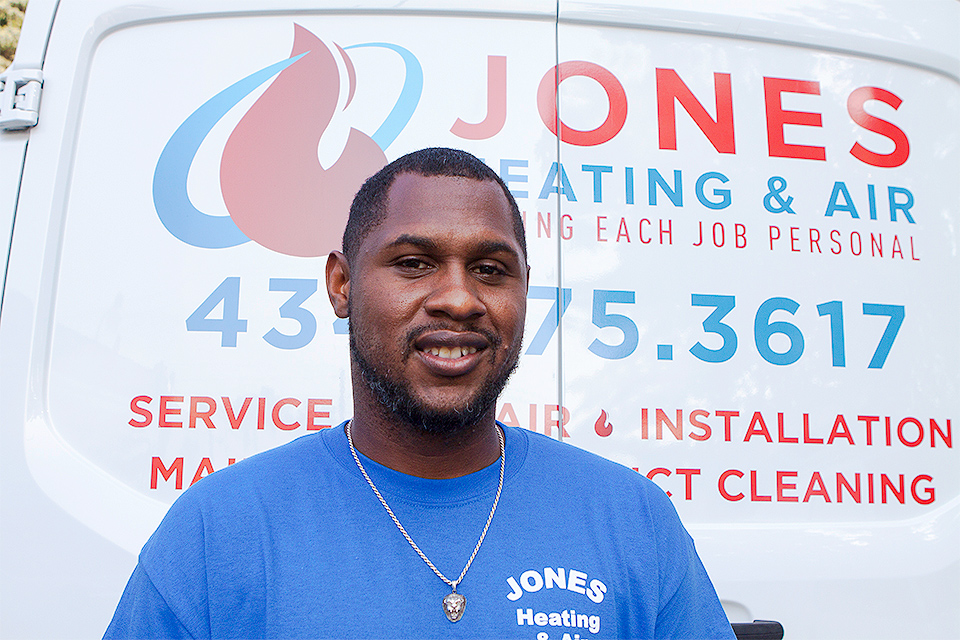 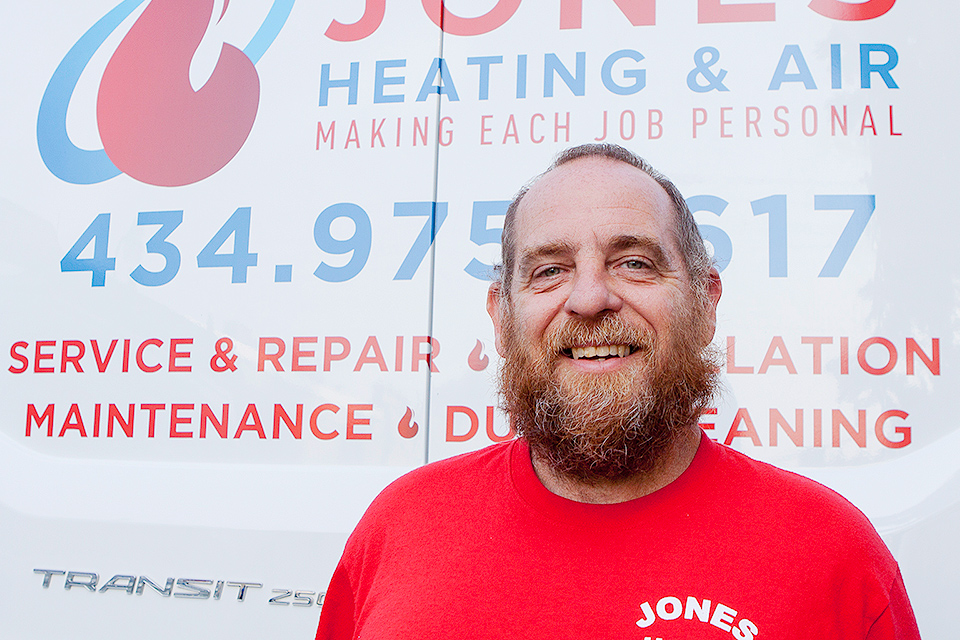 Service area: Charlottesville and surrounding counties - up to a 30 mile radius